Mai Ishikawa Sutton joined Commons Network this year as a Digital Commons Fellow. After years of working along side eachother, and running into eachother all over the world, we are truly delighted that she is now officially part of the family. We interviewed her recently, and we’re publishing it in two parts. Here’s part 1. Read the second and final part below. 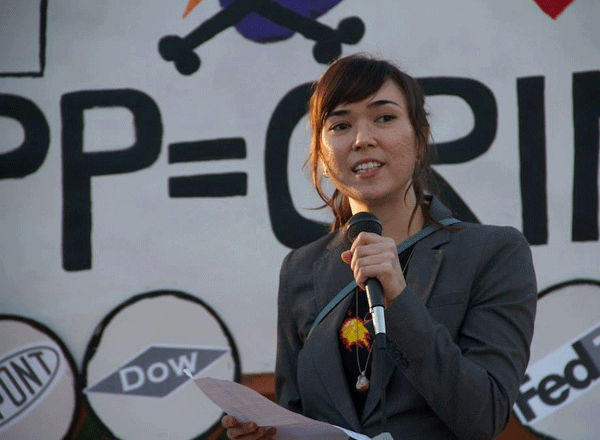 Thomas de Groot [TdG]: Do you feel that corporate sponsorships of civil society is evil?

Mai Ishikawa Sutton [MIS]: It’s hard to argue that funding sources do not influence the priorities and goals of civil society. At the very least, where they get the money to do their work is a reflection of what they stand for and who they are willing to be friendly with.

If an organization is receiving substantial sponsorship from an entity that is directly responsible for causing the problem that the organization is trying to stop or mitigate, I’d assume that the group will do little to nothing to threaten the funder’s interests. In many cases, corporations donate money to causes to scrub their brand and make the company or individual seem more ethical. It’s also an effective way to have well-funded, less radical groups dominate the narrative. I’m cynical, and think that corporations only willingly give sponsorships to groups and causes for reasons that are ultimately motivated by profit.

But it’s complicated. There just isn’t enough funding to sustain many civil society groups. As long as we have to continue to function in this pre-dominantly capitalist system, civil society groups will ask for corporate sponsorships to keep a roof over their heads. It becomes fuzzier when organizations receive sponsorships from companies in a different industry than the adversaries they are fighting. By doing so, the civil society group is still complicit in bolstering the brands of these corporations (which by their very nature of existing solely for profit, are probably causing harm in some way or another).

At the end of the day, it comes down to how those civil society groups spend their money. Not enough organizations do enough to address the root causes of the issues they seek to address. Of course many groups do frontline work that is incredibly valuable. But I’ve observed that the organizations that struggle the most financially are those that are willing to confront capitalism, colonialism, patriarchy, and other destructive systems at play.

I believe that those with wealth and privilege have a responsibility to leverage their power to help those who are systemically disadvantaged. If corporate sponsorships can be used to invest in causes that lead to real systemic change, and not just  to patch over the terrible symptoms, then I’m not sure I would call that evil.

Organizations that struggle the most financially are those that are willing to confront capitalism, colonialism, patriarchy, and other destructive systems at play 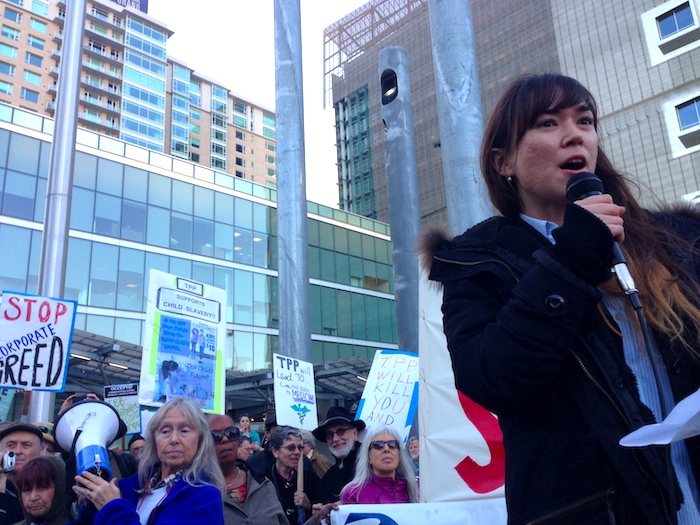 [TdG]: Is the commons suited to be an organizing paradigm (like climate change)? What are the pros and cons of developing the commons into a political discourse?

[MIS]: “The commons” is a very broad concept and that’s where it’s both strong and weak as a potential organizing paradigm.

Whereas climate change is reactive and is something for humanity to unite against, the commons is something that we can stand for collectively. It’s a way of thinking about our relationships to each other — how we share responsibility, how we make collective decisions, and take actions to protect the things we need for survival and harmony with the Earth. In this regard, there are many shared values between all types of commons. I think this breadth of thinking is part of its strength.

“The commons” as a framing, however, doesn’t reflect the fact that it’s the relationships between those commoning that enable the commons to exist. This is its weakness. People still talk about the “tragedy of the commons” because many still think of it only in terms of the resource, and not the community that is behind it to protect and foster it.

I love Lewis Hyde’s takedown of the “tragedy of the commons” — he says that it should instead be called “The Tragedy of Unmanaged, Laissez-Faire, Common-Pool Resources with Easy Access for Noncommunicating, Self-Interested Individuals.” He’s absolutely right. The commons is not a passive thing, it must very much be an active project. It involves people having strong communication and working in solidarity with each other. Of course, the “tragedy of the commons” idea is now so pervasive that it’s hard wrest the dominant association from popular thinking.

Capitalism is an ideology, and it was the result of many living breathing people who had very strong biases and motivations. It optimizes for highly destructive behaviors, and is a cover for those who are the most successful at exploiting people and resources for their own self-interest

[TdG]: Where do you see the commons going as a movement and as a field of thought?

[MIS]: I think that more and more people are realizing that capitalism is not sacred. It is not the logical extension of human nature. Capitalism is an ideology, and it was the result of many living breathing people who had very strong biases and motivations. It optimizes for highly destructive behaviors, and is a cover for those who are the most successful at exploiting people and resources for their own self-interest.

Yet most people in power treat it as if it’s sacrosanct. Even though we have plenty evidence from the last couple centuries that capitalism is designed to concentrate wealth, destroy the environment, and shatter communities.

To answer your previous question, bringing the commons into the political discourse has the potential to bring about all kinds of creative thinking around what alternatives to capitalism look like. What would it look like to have robust participatory, inclusive, and transparent processes within for instance, our food systems, public transportation, or internet infrastructure? If corporate entities are singularly focused on exhausting public resources for private gain, how would institutions do the opposite? How would we structure organizations in which people have a say, where the sustainability of these shared resources are upheld as a primary concern?

We need to bolster the commons with our time, energy, and political will and look to existing alternatives to capitalistic enterprises and institutions. Let’s revisit Elinor Ostrom’s principles for governing the commons.

It’s critical that this involves the empowerment of people of color, women, queer folks, people with disabilities, and everyone who stands to gain the most from a more just and equitable economy. The commons movement must recognize the intersectional nature of economic and social injustice and build the commons with marginalized people front and center.

If a government decides to do something inhumane, like say, deport people and separate children from their families, they would not be able to do it as effectively if it were not for the tech companies that are so eager to accept lucrative contracts with the state and build the tools to enable this

[TdG]: What is going to be your focus in the next few years?

[MIS]: I’m particularly interested in how digital commoning can be a way to resist the “cyber” dystopian world that is quickly creeping up on us. The worst human rights violations recently caused or exacerbated by technology can be traced in some way to capitalism. Even if a government decides to do something inhumane, like say, deport people and separate children from their families, they would not be able to do it as effectively if it were not for the tech companies that are so eager to accept lucrative contracts with the state and build the tools to enable this.

Personally, I’m most excited about working on a community wireless mesh network here in the Bay Area called the People’s Open Network. We’re developing our decisionmaking process to be as inclusive, transparent, and participatory as possible.

In terms of the technology, we use free software and off-the-shelf hardware to enable people to share their own internet bandwidth or access their neighbors’ internet. We are also very close to securing several gigabits of internet bandwidth donated to us from local internet service providers. We hope to provide internet access to people who currently cannot afford it. Despite being right next to Silicon Valley, nearly a third of Oakland residents don’t have internet access at home. We hope to change that.

[TdG]: What do you think the role of Commons Network should be?

[MIS]: As someone who is involved in a community resource project, I know how much time and energy it takes to work on the day-to-day tasks of building and maintaining a commons. It’s extremely fun and rewarding, but it’s a lot of work.

We need advocates who will do the work to represent our collective interests in policymaking spaces. We need more research and economic analysis to show the positive effects of commoning and use that to get better policies put in place.

So much of our political systems are designed to bolster capitalist enterprises. What would equivalent policies look like for the commons? Let’s figure out what they might look like and fight like hell for them

So I think Commons Network has a strong role to play in pushing the commons discourse forward among policymakers in the EU and around the world. It consists of a strong team of advocates who both understand what is at stake with the current economic system and are fluent in the language of policy.

Commons Network could help identify some model policies that could support community resource projects and advocate for them. They could be policies involving tax-incentives, funding programs, or a combination of both. So much of our political systems are designed to bolster capitalist enterprises. What would equivalent policies look like for the commons? Let’s figure out what they might look like and fight like hell for them.

This was part 2 of the interview with Mai Ishikawa Sutton. 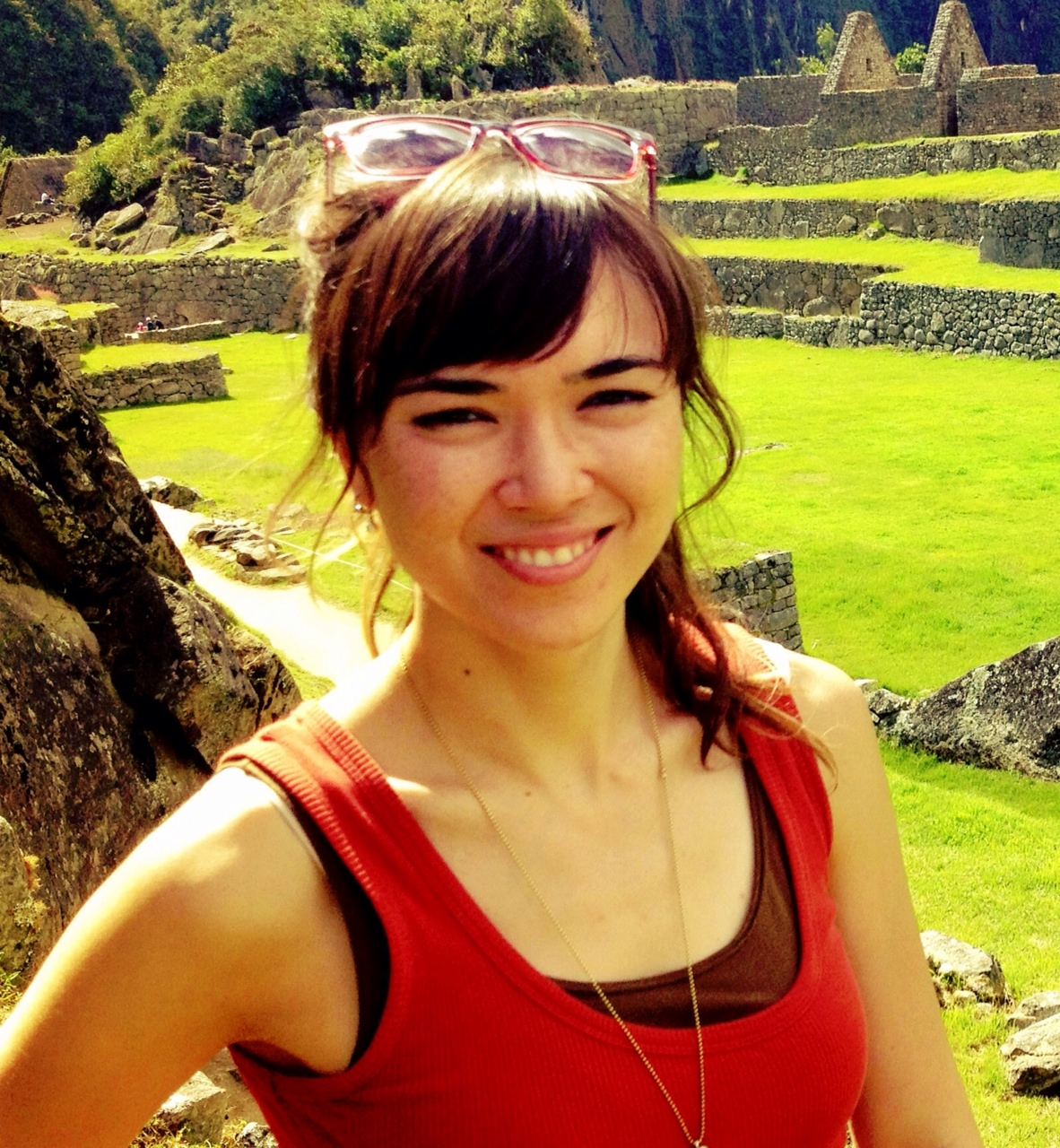 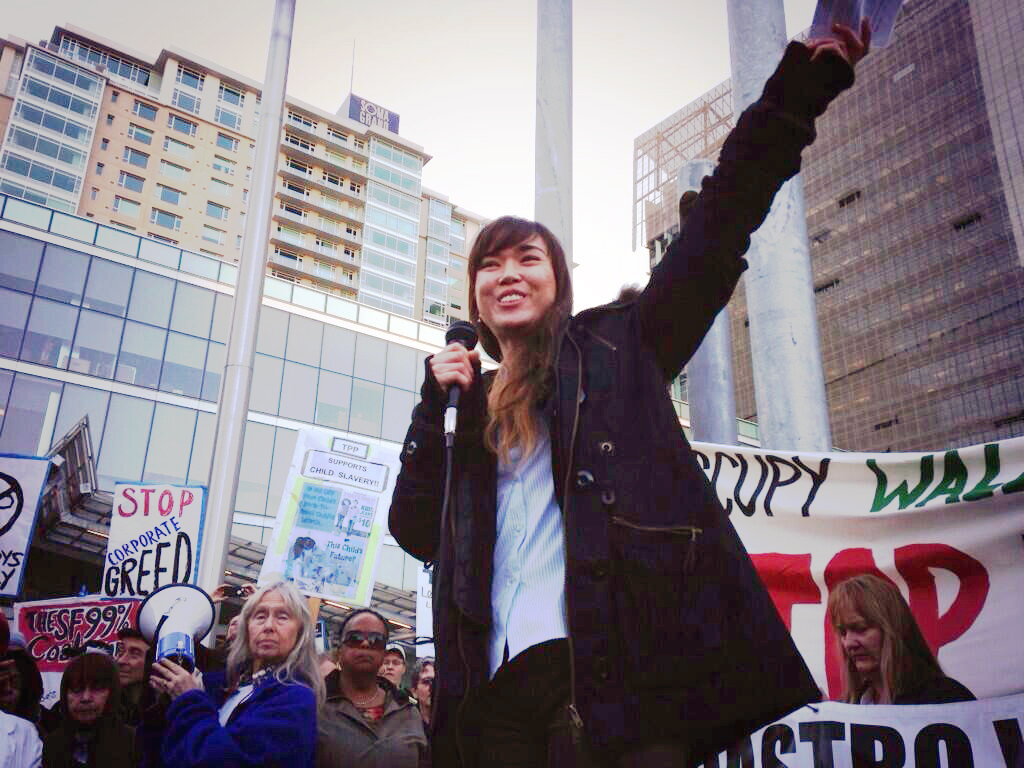