Mai Ishikawa Sutton joined Commons Network this year as a Digital Commons Fellow. After years of working along side eachother, and running into eachother all over the world, we are truly delighted that she is now officially part of the family. We interviewed her. Here’s part 1. 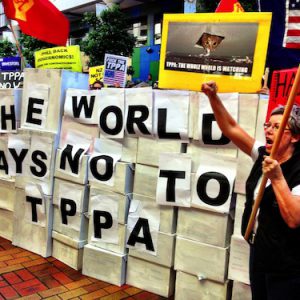 Thomas de Groot [TdG]: So let’s start with how you got here. Where did you grow up and how did your passions develop over the years?

Mai Ishikawa Sutton [MIS]: I was raised in Pasadena, a suburb just northeast of Los Angeles by a White American father and a Japanese mother. My father is a lawyer who specializes in property and redevelopment law, driven by a passion to defend lower-income property owners and fight against corporate and state malfeasance. Growing up, I constantly heard stories about terrible things perpetrated by those in power. When we would go out driving, our father would tell my sister and I about the corrupt council members of the cities we were passing through. He would tell us how all the freeways that criss cross Los Angeles today were built straight through historically Black, Brown, and Asian communities, while the wealthier, majority-White neighborhoods were left alone.

Coming from a racially-mixed household, I had seen how differently people treated my mother compared to my father. So from a young age I was aware of how unfairness and discrimination plays out, from every day interactions to its more systemic forms. I think that all imbued me with sense of moral responsibility to do something about it, even if I did not know what that looked like until much later.

By the time I went to university I knew I wanted to study culture and power. I wanted to understand how power took shape in my society and what it meant to live in a liberal democracy. I ended up majoring in politics, while also being heavily involved in digital social innovation studies. As a digital native I wanted to learn how to use my technology skills to advance social justice.

Through the program I did at my university, I saw how technology could be used as tools for liberation. Websites can be used to share important information, such as what people’s rights were under the law to where they can access critical resources. Well-maintained databases enable grassroots groups to organize their contacts and stay in touch with their community. Tech trainings could give low-income folks new skills that enable them to leave the manual workforce to get higher paid jobs or build their own businesses. I was convinced that  these communication technologies were an unquestionable force for good. 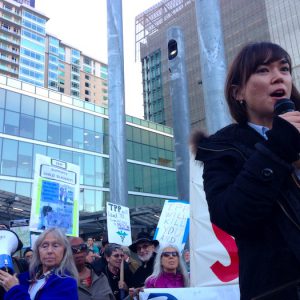 [TdG]: How did you end up working with the Electronic Frontier Foundation?

[MIS]: After I graduated university, I went to work for my father for a while as I figured out what to do next. It was around then that the net neutrality debate first began to heat up in the U.S. Through a preoccupation with the website Reddit, I got involved in some online organizing with other Redditors to raise awareness about the issue. It was the first time in which I felt like the positive potential of the internet was under threat.

Then one of friends alerted me to a job opening at the Electronic Frontier Foundation. I applied and eventually got the job as an International Outreach Coordinator. I was their international policy activist, working on EFF’s campaigns and writings on free expression, privacy, and access to knowledge issues on the internet.

In what ways did the framework of “property” as applied to culture and knowledge replicate aspects of private property in problematic ways?

Within the year of starting there, I chose to dedicate myself to our international work related to access to knowledge. As someone who loves the internet and makes art in her free time, the questions around “intellectual property” policy overreach fascinated me. How did the conception of intellectual property shape culture and innovation? Since it was designed to protect the economic interests of creators and innovators, what other interests were ignored? How did policymakers take this antiquated legal regime and adapt it to the internet? In what ways did the framework of “property” as applied to culture and knowledge replicate aspects of private property in problematic ways?

I hungered for the answers to these questions. My EFF colleagues mentored me as I dove into this work. As I did, I grew into a free culture activist passionately opposed to how intellectual property was enforced on the internet through opaque international agreements. As the largest, secretive trade agreement to contain IP enforcement measures, it made sense for me to focus my energy to fight the Trans-Pacific Partnership trade agreement, or TPP. And that’s what I did for nearly five years.

[TdG]: We’ve seen a lot of trade agreements, including TPP, TTIP and CETA, and now JEFTA that all carry intellectual property provisions. What is wrong with them?

[MIS]: There are countless problems with these agreements. However, there’s a few fundamental procedural issues that have caused these deals to be chock full of terrible provisions. The first is that the entire process of trade negotiations is captured by corporate interests. Negotiating countries set forth trade objectives based upon the interests of the dominant industries in their respective states. That means each country seeks provisions that would boost those powerful private interests, even if it comes at the cost of many critical public interest issues.

The second problem is that they’re conducted almost entirely in secret. Draft texts are never publicly released. That made it extremely difficult for public interest groups to advocate for better terms in the TPP. We often had to rely on leaked versions of trade texts to even be able to know what issues were still on the table. At least then, we could appeal to negotiators to improve their problematic aspects. Sometimes we were too late, finding that we were wasting time fighting for certain better terms even though they had already been decided.

Trade agreements have been a disaster for the public domain, in which less and less of our shared culture is free to be reproduced and repurposed

This whole shameful process is what leads to all the worst intellectual property terms in trade agreements. Digital rights management, or DRM, anti-circumvention rules have effectively made it a crime in most countries to unlock content on digital devices, even if said content is not copyrighted. Even if it were copyrighted, onerous requirements make it nearly impossible for the average person to unlock works to remix or translate them into other accessible formats. Intermediary liability rules in these agreements make it easier for large tech companies to automate content removal, without carrying strong disincentives for wrongful takedowns. Then of course, there is the issue of copyright term lengths. Trade agreements have been the perfect vehicle for the copyright industrial complex to lengthen copyright terms in countries around the world. This has been a disaster for the public domain, in which less and less of our shared culture is free to be reproduced and repurposed.

And that’s only some of the worst parts of the copyright provisions. I haven’t even mentioned others such as the patent rules that have kept lifesaving medicines out of reach for millions of patients around the world. There’s also the investor-state dispute settlement (ISDS) rules, which many of us called corporate sovereignty. ISDS empowers multinational companies to take countries to court over policies that they argue undermine their private investments based upon the violation of terms in ratified trade agreements. That puts corporations on the same level as sovereign governments! It’s a whole mess of horribles.

[TdG]: How do you look back at your years fighting these trade agreements?

[MIS]: I spent so much of my time and energy fighting the TPP while I was working at the EFF. It got to the point where I would joke to friends that I was a knight, and that the TPP was the dragon I was destined to slay.

The thing though is that I actually did feel that way. For four years I spent most of my time scheming and building campaigns to dismantle the biggest trade agreement in history. I was one of dozens of organizers and trade experts from around the world, whose job it was to explain to the public all the ways this secret beast of an agreement would impact so many aspects of our lives. I took my job seriously and I loved it.

But over time, things shifted for me. As popular backlash against trade agreements began to rear its head in the U.S., I began to doubt my role. I was going into five years of working to campaign against these international agreements. I questioned whether I should go on fighting them.

I agonized about it for a while, and eventually I decided that I had to move on. To fight the TPP and everything that it exemplified, I needed to delve deeper and look at how to reform the ideology that gave rise to it in the first place. I was, and still am, heartbroken that I no longer get to see my friends, who are also my heroes — the people I’d met and worked alongside in that fight. But I couldnt’ deny the fact that the TPP was one symptom of a global, systemic problem. I wanted to look at the shadowy origins of these beasts and figure out what I could do to stop them from ever emerging again. 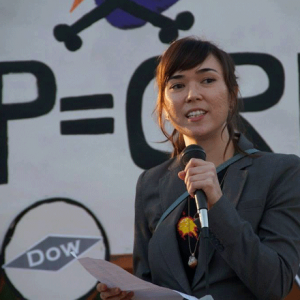 [TdG]: Increasingly, activists in the commons movement are explicitly saying that corporations are the enemy, especially those that work in policy, because corporations just have become so powerful. How do you see this trend?

[MIS]: I would rather think of the corporation (which I’ll use as a shorthand for the for-profit kind) as one method in which public resources are enclosed or even destroyed for private gain. Though a few are outliers, most of the major corporations are solely concerned with maximizing profit for their shareholders. The last century or so has demonstrated that corporations will do anything to attain this goal. Collectively, their actions have wreaked havoc on the planet and continue to inflict massive human catastrophes.

I think as commoners, the war we are raging is against exceptionalism and scarcity-based thinking — that there is only so many resources to go around and that certain people are entitled to them

Besides corporate wrongdoing however, there are other ways in which people enclose the commons for private wealth and personal gain. The fact that the residents of Flint, Michigan have not had clean running water for more than four years is partly due to corporate greed, but it’s also due to government corruption and gross malfeasance.

I think as commoners, the war we are raging is against exceptionalism and scarcity-based thinking — that there is only so many resources to go around and that certain people are entitled to them. The most obvious way this manifests as an ideology is capitalism. But it reaches beyond that. The rhetoric of authoritarians and white supremacists echoes this as well. Colonialism is also rooted in the belief that certain people have a right to occupy and control other people and their lands. These ideologies intersect, and have evolved into each other in terrifying ways. Corporations are one mechanism by which people destroy the commons, but they are certainly not the only one.

Next week, we will publish part 2 of this conversation. 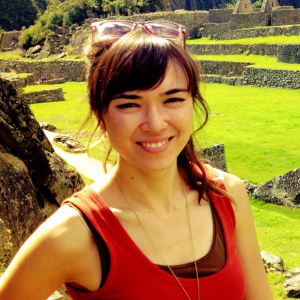